Want to live in a Chartist cottage? Here’s your chance

If you like the idea of living in a former Chartist cottage, then a very nice one has come up for sale at Lowbands in Gloucestershire (provided the £795,000 price tag doesn’t put you off).

Lowbands was one of five Chartist settlements created in the 1840s as part of the Land Plan championed by Feargus O’Connor. Houses and a smallholding of two, three or four acres were allocated by lottery to those who had taken out shares in the National Co-operative Land Company.
The second of what would become five such settlements, Lowbands consisted of 170 acres and was bought in October 1846 for £8,100. In addition to its 15 two-acre plots, eight of three acres, and 23 of four acres, the site also included a ten-acre water meadow and a common. “Location Day”, when the first settlers moved in, was on 16 August 1847.
The much-extended cottage now up for sale apparently comes with three acres.
There are a couple of photos below showing the front of the cottage. From the estate agent’s description, it would appear that the original cottage was made up of the front three rooms shown on the plan (the sitting room and bedrooms two and three). The rest is later extension. This is entirely consistent with other plans and photos of Chartist cottages elsewhere.
Let me know if you move in - I’d like a nose around.
See more on the estate agent’s website.
Read more about the Chartist land plan. 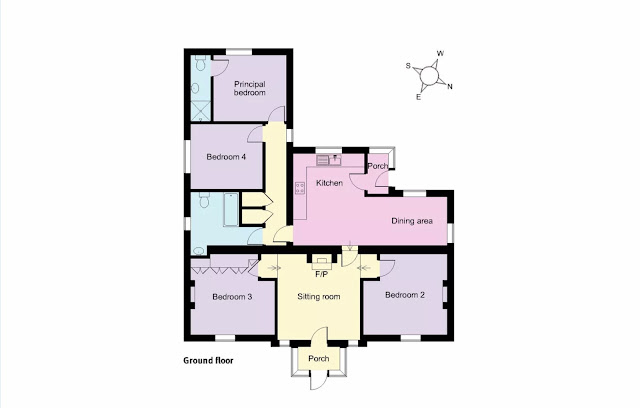 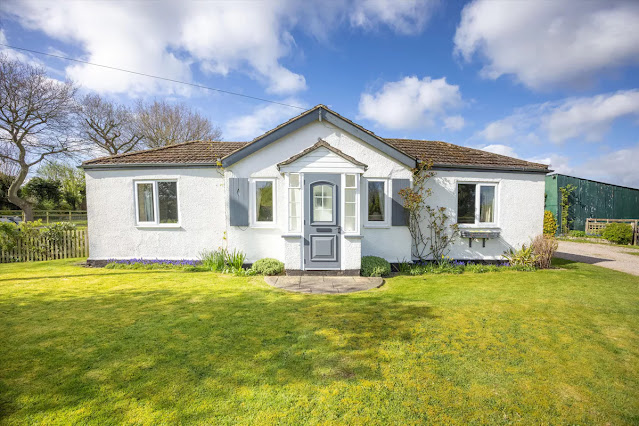